Getting to Know artist Zelda Zinn with Elena Lavorato 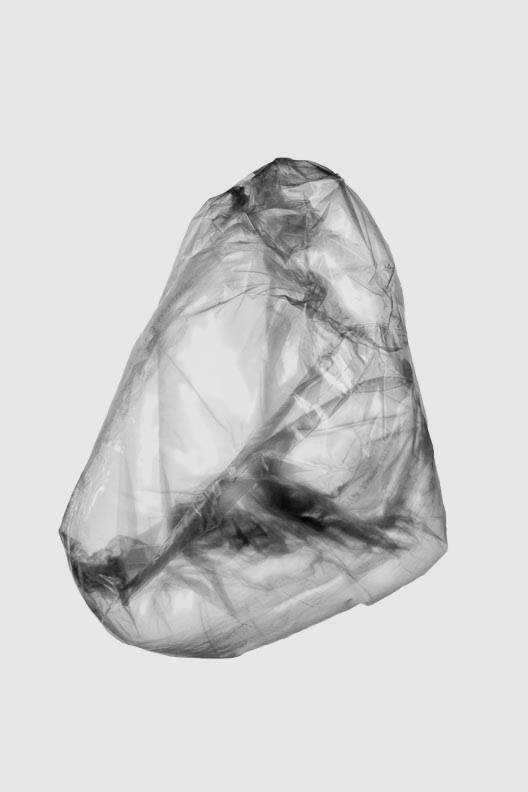 Zelda Zinn does not consider her sculptures art. The digital pigment prints of the images procured from photographing sculpted plastic bags and shredded paper are the ultimate work. When I viewed online the suspended fluid masses Zinn created from these originally unremarkable items they felt immediately familiar yet re-worked in a way to make me question the nature of the material. I was frustrated when next to each ethereal form (that looked almost like a cluster of bags but was so otherworldly in lighting and movement it could not be something so common) the only description was a serial number and the words digital pigment print. I realized it probably wasn’t about the materials being photographed, but the results of that process. Zinn explains, “I create these sculptures only for the camera. It is through lighting and shooting and then flattening them down to 2-d that they become interesting. If you saw them as objects they would most probably not hold your attention.” 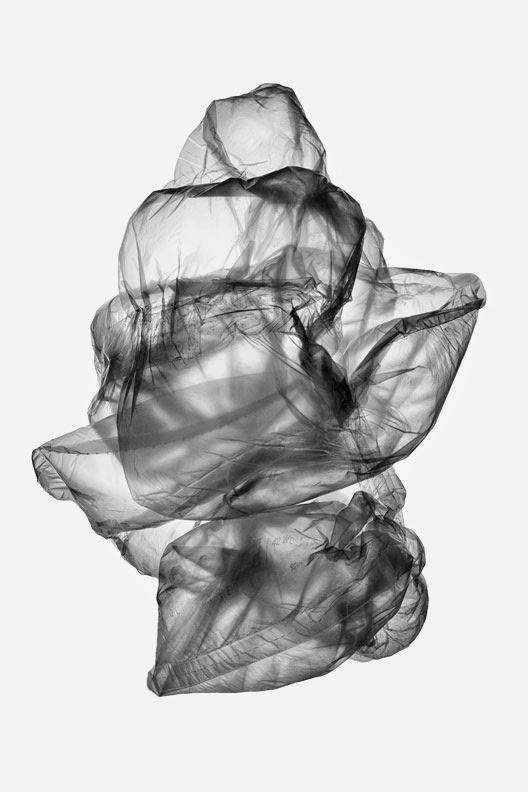 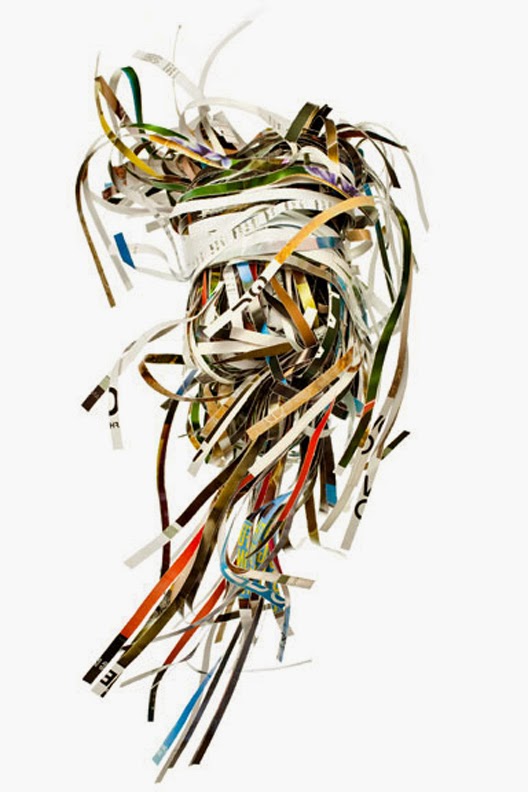 Zinn’s ability to transform function-specific everyday objects, through her own arrangement of the material and the qualities of the camera lens, into something spectacular, is present in two works titled Irresistible Air and Transformers. In Irresistible Air (which I continue to mistakenly call Irresistible Bliss, likely because it completely exudes that state of being), I can really appreciate the transformation of plastic bags into a series of mysterious entities. Instead of acting as a container for garbage or grocery items, the bags encapsulate air, forming nearly transparent membrane-like layers and subtle gradations of light when photographed. “I like the challenge of taking something common and seeing if I can turn it into something worthy of contemplation. I want to ‘make’ pictures as opposed to ‘taking’ them, which means in one way or another I want to build an image, and have the pictures be about what I created, not the subject I shot. It’s kind of ‘anti-celebrity’ photography; it’s not about ‘who/what’ it is, but how I saw it.” 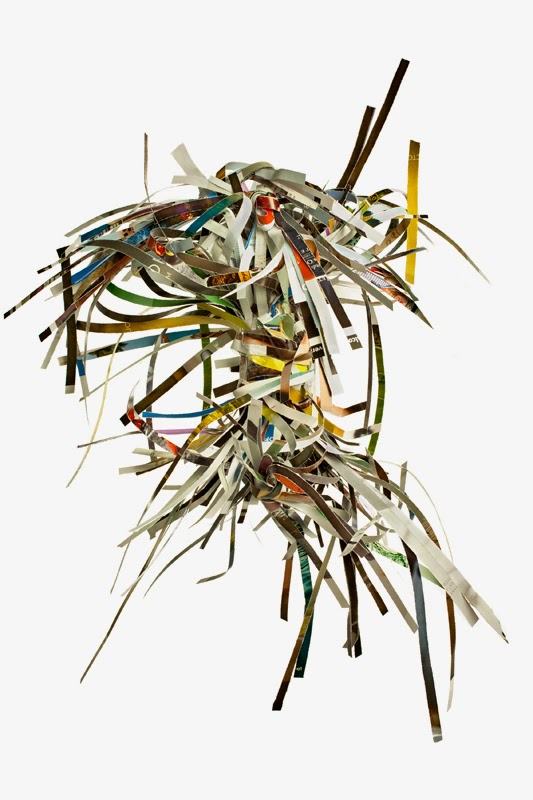 Her second work titled Transformers displays colorful paper strips bound together at certain points and let loose in others. The subjects in the two series share a similar quality of fluid suspension, but while the bags act as a nonthreatening container, the paper expands outward from itself creating a complementary relationship of subtle confinement and expansion.
Zinn has been working on Irresistible Air and Transformers for about two years. Her interest in what the camera shows that the human eye often misses started at a young age. “The first photo I took that really excited me was when I was about 9 years old. My friend had blown a giant bubblegum bubble, and I took a picture of it. When I got the film back I was amazed that not only could I see the bubble, but I could see my friend’s face THROUGH the bubble! The camera had seen what I could not.”
Zelda Zinn received her MFA at the University of New Mexico, and has taught photography for many years. She lives and works in Santa Monica, California, and has exhibited throughout the U.S., South America and Eastern Europe. Currently, the artist continues to develop work by transforming the obviously present and often unnoticed. Of Zinn’s new series she says, “One is a group of images shot in my neighborhood in which I paint out parts of the picture. That is called Revelations. I like it because it allows me to find a picture within the picture that was hiding there in plain sight. The other series is shot in my studio, and it's called Blueprints. I start with plain white paper, usually backdrop paper, crush it randomly, then use those folds as guidelines to paint on it, then I turn those sculptures back into paper photos.”

Transformers and Irresistible Air will be shown at SooVAC from April 5 to May 18 with an opening reception on April 5 from 6-9pm. 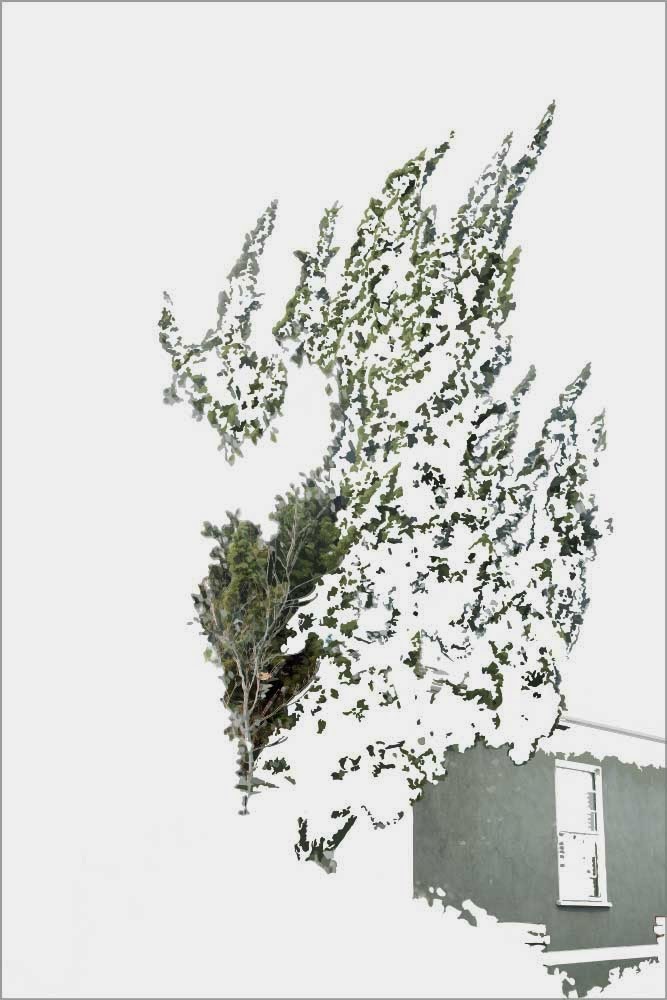 Elena Lavorato is currently receiving her BFA at the University of
Minnesota and will be interviewing artists and writing as part of her SooVAC internship.

Posted by Alison Hiltner at 1:32 PM No comments: